For Alan, it’s all about building a better future for his family. 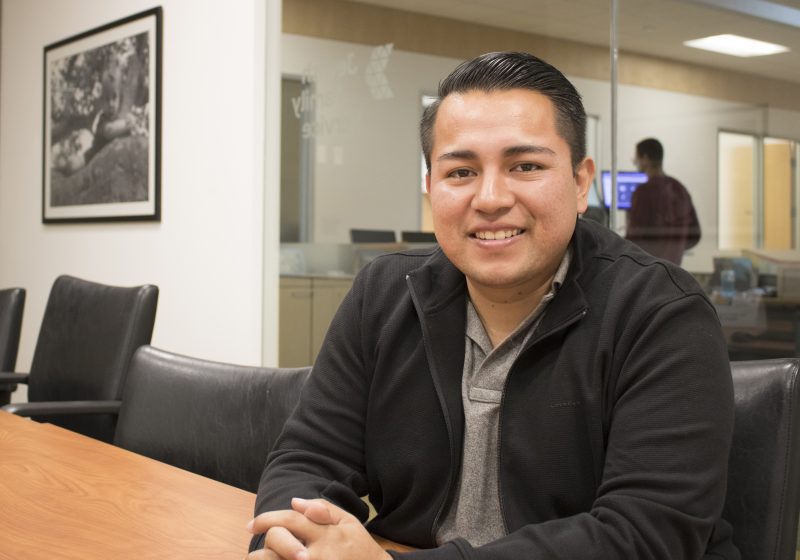 We first met Alan in early 2018. Our Immigration team, in partnership with the ACLU, was hosting a free workshop for DACA recipients looking to renew their applications. Alan was the first person to arrive. In the past, he and his family had payed thousands of dollars in legal fees for assistance with immigration paperwork – sometimes only to find that the forms had been filed incorrectly. At JFS, he found quality help for free. He was so grateful, he stayed the rest of the day to volunteer. We caught up with him afterward to learn more about his story.

Alan has called San Diego home since before he can remember. Originally from Mexico City, his parents brought him to the U.S. when he was three, hoping to give him and his brother a better life. He worked his way through school and became the first in his family to graduate college. Newly married, Alan dreams of raising a family and owning his own business someday. But for now, he utilizes his degree in business to manage the office of a local landscaping company.

A couple of years ago, Alan decided to use his savings to purchase a family home – his parents had just been notified that their landlord would be selling the home they had been renting for years. It was shortly after Alan signed the mortgage that the Trump administration announced its decision to rescind DACA.

“When I first heard that DACA had been taken off the table, I didn’t believe it.”

“I’ve always felt like an American,” Alan told us. “I’ve been here since I was three years old. All of my memories are from being in the United States.” Alan applied for DACA for the first time when he was 18. He had always worked in the U.S. legally, but with DACA off the table, he was suddenly faced with the prospect of being undocumented. “I’d been in the same job for four years. And I didn’t know what would happen if I lost my immigration status. I think my parents were even more concerned than I was. What if they kicked me out? What if I couldn’t renew my DACA status? It was hard to come to terms with. I felt like had done everything right.” 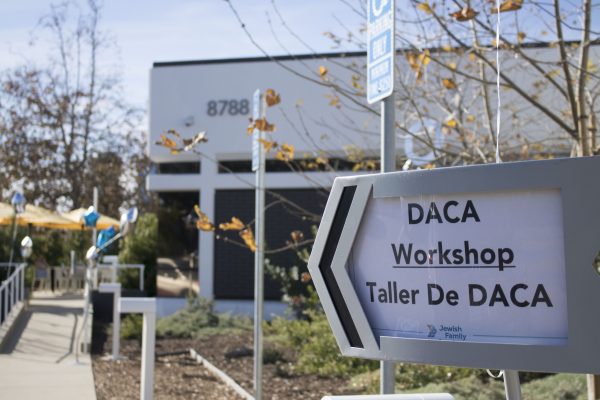 We asked Alan what keeps him moving forward. His response?

“Everything I do, I do for my family.”

“My parents have always worked hard to support us. My dad worked as a cook, and my mom cleaned houses. Today, they both clean houses to help pay the bills. They’ve always been undocumented, and there’s no pathway to citizenship for people in their situation. But I want them to be able to retire—to no longer have to struggle.”

For Alan, whose wife is a U.S. citizen, obtaining permanent residency is key to building a solid foundation for his family’s future. At the DACA workshop, Alan talked to staff about his situation and learned that they could help him apply for a green card. With support from JFS, he’s one step closer to achieving the stability he’s been working toward his entire life.

Currently supporting his wife as she finishes her teaching credential, Alan sometimes thinks about going back to school for his MBA. For him, no longer having to worry what the next law could spell for his immigration status would mean having the freedom to make that kind of long-term investment in his future.

“My parents came here to give us a better life. To me, that has always meant getting an education.”

“During college,” he told us, “I worked fulltime just to be able to afford my classes. I didn’t have anyone telling me how to apply for scholarships or which courses to take in high school to be better prepared. I had to figure everything out on my own. But my little brother’s going to have better educational opportunities than I did. And the next generation of our family is going to have better opportunities than both of us.”

“I think that’s what it’s all about. Building upward from generation to generation.”

Over the past year, JFS has helped 1,059 people apply for immigration benefits and U.S. citizenship. To learn more about our Immigration Services, visit www.jfssd.org/immigration.